Truck on the trail update.

On Saturday Dad and I were looking for a truck on our trail some where. When we could not find it we called the person back to tell him. That is when we found out that it had been out there for over a week so that is why we did not see any tracks. So we went back out and went out farther and found it. We started it to warm it up and get the snow and ice off it and when I went to get into it the doors were locked. The owner did not have a second key so now it is out of fuel and the battery is dead and we hope it did not ruin the fuel pump running dry. Two of J.C. Stewarts people on their sleds went up with lock out tools and got the doors open and the key out. Tomorrow Dad and I will go back up and try to get it started and out oof the woods before the storm. As Dave would say you can’t make this up! We all want to thank Kyle Raymond and Brandon Valente for their efforts and expertise in this area!

Oh by the way when we left the truck on Saturday afternoon around 3:00 it had a 1/2 tank of gas and to my surprise when we went back on Sunday morning around 8:30 it was still running! It had, according to the dash an 1/8 th of a tank left and 30 miles too go! 30 miles left and the doors still would not open!

I will let you all know how tomorrow goes. I hope it goes better than it has. There are more photos on our Smug Mug page and we will take more tomorrow. 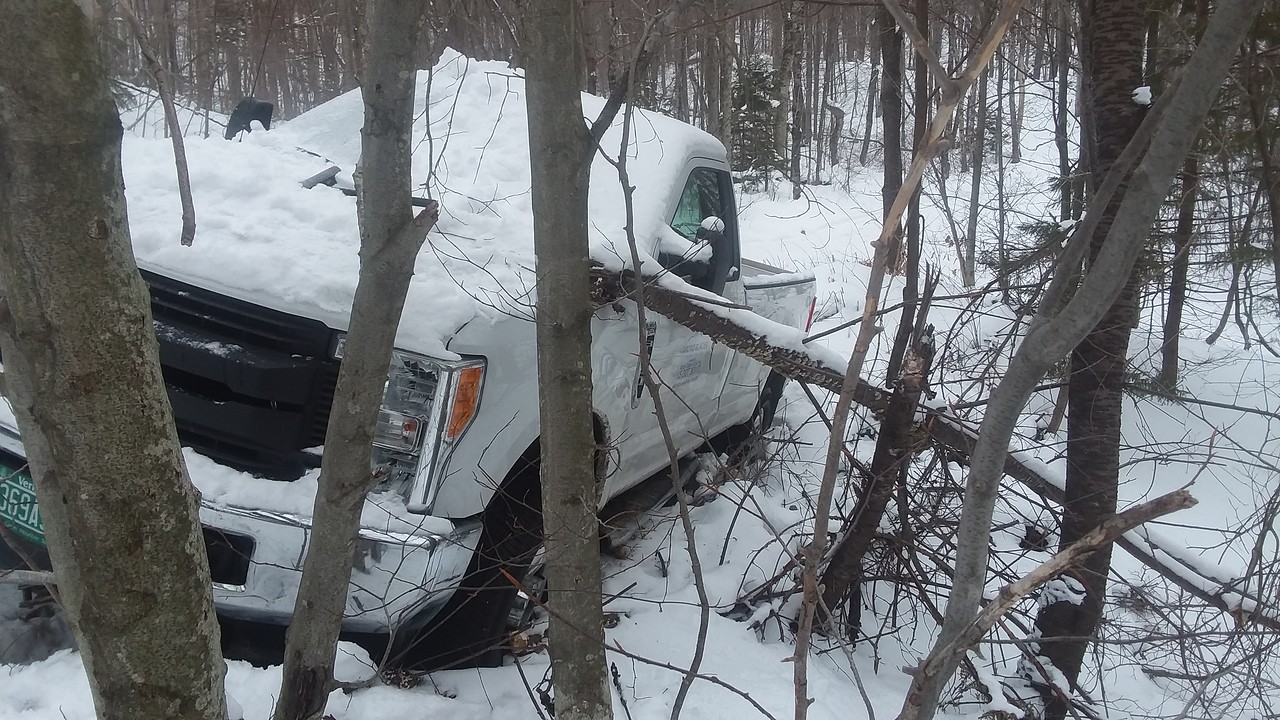 One more photo of the truck. I took these so we won’t be blamed for any damage.

Saturday when we were up there just before we found out the doors were locked! Dad was trying to get out of the photo, he moves pretty fast for his age but not faster than the camera! He likes to be a behind the scenes kind of guy. Too late this time!